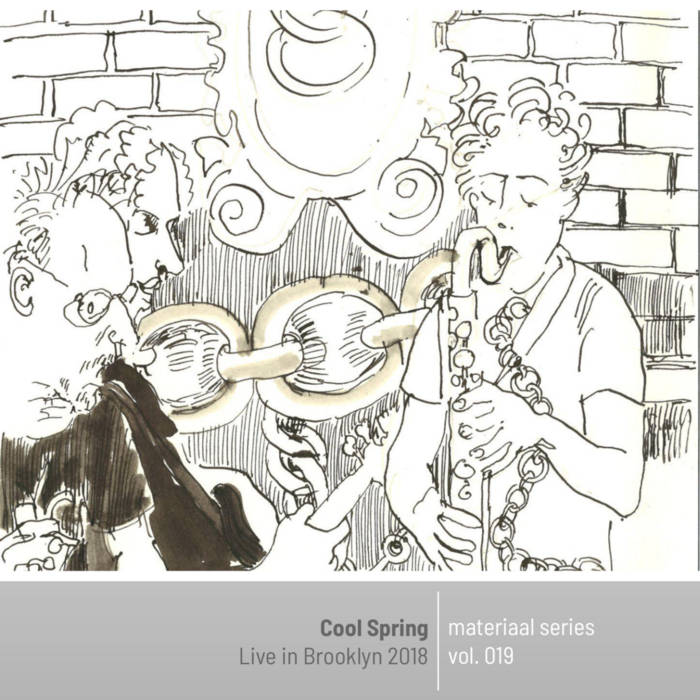 Nigel Green live at e Spectrum is a great track. early in the track some moments remind me of pink floyd ummagumma esp set the controls and furry animals grooving in a cave with a pict. but once the mellifluous bass sax (or is it bass clarinet) starts rolling along it is gorgeous and perfect for a summer garden in the morning sun


"Cool Spring, like most bands, gets together to play when its members are on the same continent and place. Through the Herculean efforts of Bernhard Wöstheinrich, in October 2018 we managed to open for improv-rock legends Soft Machine, record and as-yet unreleased new studio album, and perform this unique live set at Brooklyn’s amazing venue Spectrum, unique at least because the sound system there is superb, Bernhard here plays an actual piano, a fine one recently tuned, and Rothenberg makes one of his rare live forays on the soprano saxophone, an instrument rarely in tune. Jay Nicholas is always straight-ahead, low down, and present.

Live music may often be the best music, and as I write this and listen to the set outdoors this summer morning, a catbird is heartily joining in with the sound. So something must be right about this set, and we are happy to release it to you now."


ECM recording artist David Rothenberg wrote Why Birds Sing, published in six languages and turned into a BBC TV show. He has written other books about making music with whales and bugs, has sixteen CDs out and his latest book, CD, and film is called Nightingales in Berlin.


Jay Nicholas, bass player extraordinaire and legendary studio engineer, has worked at Chung King Studios with the likes of David Bowie, Wyclef Jean, the Neville Brothers and the Wu-Tang Clan.