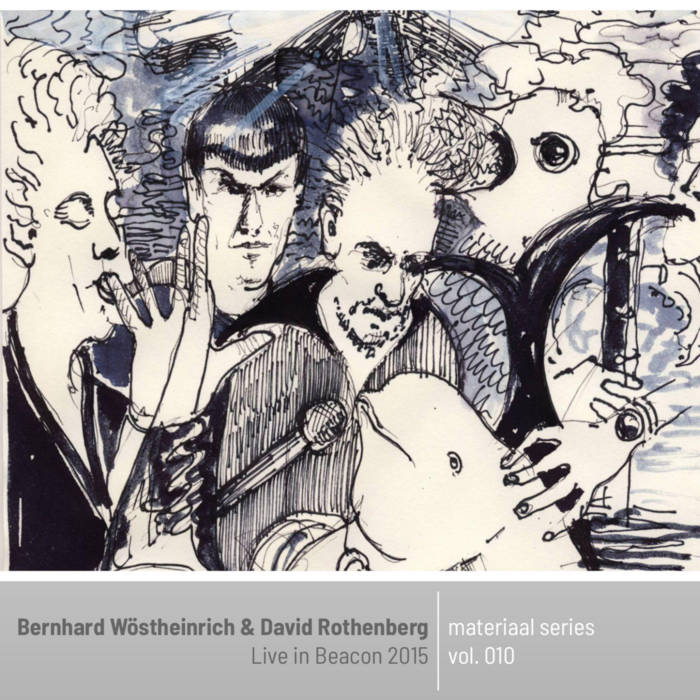 As an opening for the US North-West tour 2015, Bernhard performed together with Hudson Valley-based musician, composer, author and professor David Rothenberg at Quinn's in Beacon, NY on Thursday, October 8th

ECM recording artist David Rothenberg has performed and recorded on clarinet with Pauline Oliveros, Peter Gabriel, Ray Phiri, Jan Bang, Scanner, Glen Velez, Elliot Sharp, Kimmo Pohjonen and the Karnataka College of Percussion. He has sixteen CDs out under his own name, including "On the Cliffs of the Heart," named one of the top ten releases of 1995 by Jazziz magazine and “One Dark Night I Left My Silent House,” a duet album with pianist Marilyn Crispell, called “une petite miracle” by Le Monde and named by The Village Voice one of the ten best CDs of 2010. Rothenberg is the author of Why Birds Sing, book and CD, published in seven languages and the subject of a BBC television documentary. He is also the author of numerous other books on music, art, and nature, including Thousand Mile Song, about making music with whales, and Survival of the Beautiful, about aesthetics in evolution. His book and CD Bug Music, featuring the sounds of the entomological world, has been featured on PBS News Hour and in the New Yorker. His latest recordings are Cicada Dream Band, Berlin Bülbül, and and two albums with Bernhard Wöstheinrich; 'Adaptations' and 'Cool Spring'.


The album is dedicated to Leonard Nimoy, who read Rothenberg’s book on whale songs and wrote him a letter about it.
This release does not contain any whale sounds whatsoever, though.

Special thanks to George “G$” Bley and John Councill