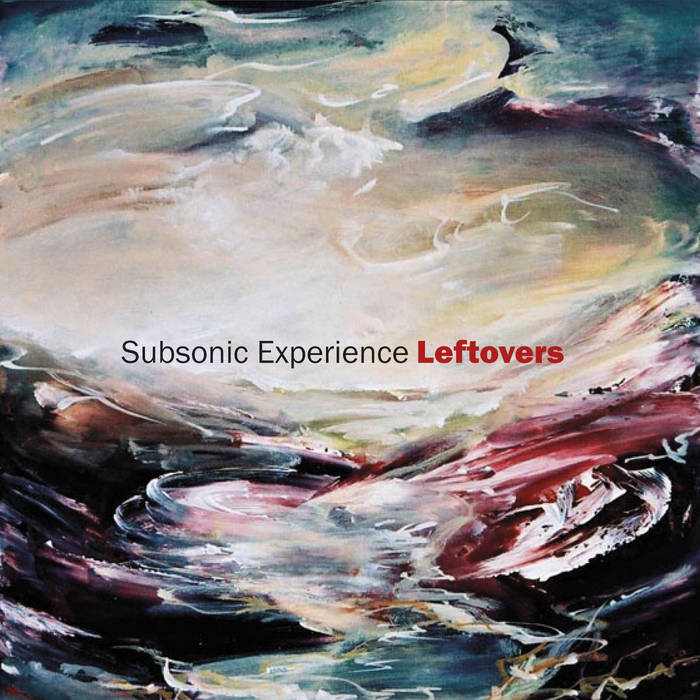 Nick Bradey I have not come across this unit previously, but when I saw who the members were I knew that this would be worthwhile.
Listen to this in the dark . Favorite track: Leftover Three.

eugene51 It has been a long time since I heard from Subsonic Experience, and they have not lost their touch in their absence. The artwork by Thorsten Niestrath is as sublime as the music. I would have a print of this on my wall, as well as the music on my HiFi.

The members of Subsonic Experience are traditionalists. Not so much in their thinking, but in their history. Bernhard Wöstheinrich (born in 1968) and Thorsten Niestrath (born in 1967) met in Arts School in Bielefeld, Germany, a city with a reputation in improvised experimental music and design.

Being design students, the two worked together on a number of art projects which included film, performance art, painting and last but not least, the band Subsonic Experience (from autumn 1990 till summer 1993). Artistically influenced by Zen Buddhism, the teachings of Don Juan, Gerhard Richter, Peter Michael Hamel and the likes of Klaus Schulze and early Tangerine Dream, Subsonic Experience played several festivals including two legendary support shows for the band "Embryo".

The band reformed for a weekend recording session at Bernhard´s studio in the German countryside just after Christmas 2000. The result was a rough snapshot of intuitive improvisation at work. The music was all played live, between cigarette breaks and with coffee stained equipment (mostly cheap synths and abandoned floor effects pedals). Most notably there is Thorsten's amazing synth organ work. His wonderful lead lines and colorful organ clusters can be found on all tracks of the album. Bernhard's duties on the other hand levitated toward keeping the sequencers running, generating endless variations of tones and textures in real time.

Recorded with very basic means, but mixed and mastered using state-of-the-art technology, this music is the perfect amalgamation of musicianship with a traditionalists feel for early EM, and modern production techniques.

These recordings were used in large parts for the release "Präposition", released May 1, 2003 on Ian Boddy's DiN Records (din.org.uk/album/pr-position-din13).

These as-of-yet unreleased tracks tracks culled from the original sessions are finally made available to the public, skillfully mastered by Markus Reuter.

All tracks composed and played by Thorsten Niestrath & Bernhard Wöstheinrich