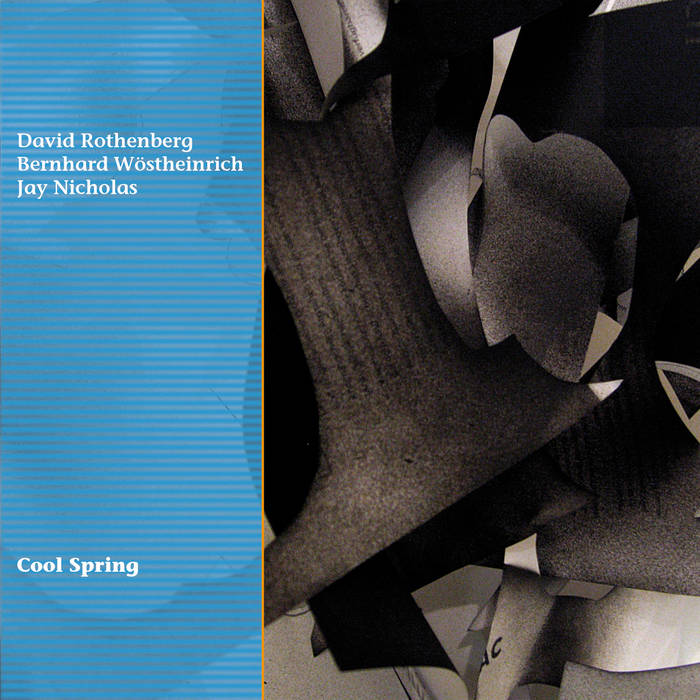 Klaus Müller WOW, bass guitar, clarinette and Berlin School Synths play electronic Jazz. This is new for my ears and I love it. Favorite track: Dystopia is Cheap.

Kathy Starkey Great fun to let my mind wander with this one!
Fantastic work, gentlemen!

David and Bernhard have been playing together for three years, and it happens whenever the two are in the same country.
Last October we found them both in the Hudson Valley of New York, where they were joined in the studio by bass player and producer Jay Nicholas in the village where David and Jay live, definitely a Cool Spring.


ECM recording artist David Rothenberg wrote Why Birds Sing, published in six languages and turned into a BBC TV show. He has written other books about making music with whales and bugs, has sixteen CDs out and is working on a book about the nightingales of Berlin and the musicians who play with them.

Bernhard leads his own solo project "The Redundant Rocker" and among others he has collaborated with Markus Reuter (in centrozoon) Tim Motzer, Ian Boddy, No-Man singer Tim Bowness, Conrad Schnitzler†, and Erik Wøllo. Bernhard elicits meaning from abstraction in electronic music and painting. He has studied graphic design and has created an eclectic body of work in both graphics and music. Using a compositional approach akin to his work as a visual artist, Bernhard usually begins by improvising abstract sonic structures which are subsequently developed into an increasingly detailed aural picture.


Jay Nicholas, bass player extraordinaire and legendary studio engineer, has worked at Chung King Studios with the likes of David Bowie, Wyclef Jean, the Neville Brothers and the Wu-Tang Clan.

Performed and recorded on B Street, October 2015

Artwork by Christine Kriegerowski
Special thanks to George "G$" Bley