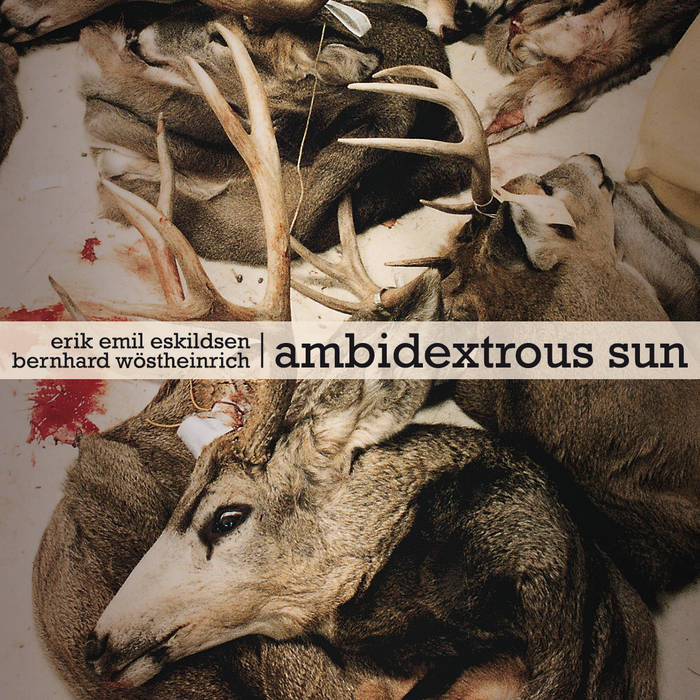 Dr. Bernie Quiroga, PhD I love this album so much I have bought it twice -- as a download first, and the limited CD edition when it got re-released. <3 Favorite track: The Horizon of All Texts.

Volker Lankow Freeform and improvisations at its finest. Favorite track: I Court The Ambidextrous Sun.

Ambidextrous Sun is the debut album of an eclectic duo consisting of the danish guitarist Erik Emil Eskildsen (The Friendly Guitar Trio) and the german synth player Bernhard Wöstheinrich (centrozoon).

All pieces on this album are based on completely free improvisations, conceived, performed, and recorded to two separate stereo tracks. The melodies, rhythms, form and structure were all extracted from these improvisations, and "orchestrated" with additional instruments, or as the artists like to call it "lolchestrated". The initial improvisations remain as a backbone within each piece.

Sampa The Great joins the show to discuss her release, "As Above, So Below".